BUDGET FOR THE MONTH OF JULY…

WE SPENT HOW MUCH?!!

For those of you who follow along on Facebook, you may already know that we have decided to stop in Huanchaco, Peru for a few months and try to find some work.  After this past month we realized that it was time to take a break and make some money.  So here it is folks…
END_OF_DOCUMENT_TOKEN_TO_BE_REPLACED

Spending the week sweating our butts off in Cartagena we were excited to finally have the truck back and we hit the road the next morning. Camping was #1 on our priority list. We considered cruising along the Colombian coastline but fearing the mercury would stick near 100F we decided to head for the hills instead.

We busted out the maps and started searching for the absolute highest point we could drive and camp in northern Colombia. Lucky for us Colombia contains the first section of the longest continental mountain range in the world, the legendary Andes. The Andes are massive, with 50+ peaks over 20,000Ft high. Consider that the highest mountain peaks in the continental U.S. are just over 14K and you have an idea of what we are working with.

We battled traffic out of Cartagena and eventually popped out into the flatlands of Colombia that divide the coast from the mountains. It was still incredibly hot here but at least it was beautiful and free from the insane traffic of the city.

END_OF_DOCUMENT_TOKEN_TO_BE_REPLACED

BUDGET FOR THE MONTH OF JUNE 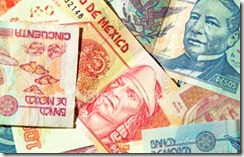 Growing up in Miami, arguably one of the hottest/muggiest places in all of the United States, I thought I was familiar with stifling tropical heat. Cartagena, Colombia made the hottest summer in Miami seem like a visit to the North Pole. This place was downright hell on earth. The temperature in the shade would hover around 95F at 90% humidity. I think Sheena figured out the heat index came out to around 130F degrees. We spent most of our time huddled up in our air conditioned hotel room waiting for the cargo ship to arrive with the 4Runner.

The short excursions we did make out of the hotel showed us a beautiful city full of life and action. If I could get permission to strut around town in nothing but a thong and sandals this would be my kind of city. Ahhh ya, you got that vision in your head now and its NEVER coming out.

END_OF_DOCUMENT_TOKEN_TO_BE_REPLACED

The urban sprawl of Panama City soon fades as we rise higher and higher into the clouds. Miles of housing developments, sky-scrapers, and asphalt soon give way to lush virgin jungle. We were flying over the Darien Gap. From the looks of it I think the 4Runner coulda made it… Of course its easy to talk crap from 30,000Ft.