After completing the worlds easiest border crossing we headed on down the highway into Ecuador.

We had technically been traveling in the Andes mountains for about a month now, but we never seem to get tired of the views.

Our first Llamas! Or Alpacas? I dont know the difference yet.

I had heard about the cheap gas in Ecuador. But man I was shocked when I finally saw it on the board. $1.45 USD/gallon. Insane! I pulled over giddy with delight and gave the man a $20. Fill her up!

The man gave me a confused look, gave me $10 change back immediatly and started pumping our gas.

Apparently within 50 miles or so of the border all the gas stations are limited at $10 per car to keep Colombians/Peruvians from coming across the borders and filling up. The gas station attendants are equipped with radios and are supposed to report to other stations in the area who has filled up already.

We got our $10, headed to the next town, and topped off the tank. No one bothered with the radio.

Our first stop in Ecuador is a popular town by the name of Otavalo. Otavalo is home to the biggest craft market in Ecuador. Locals travel from the surrounding areas to sell their goods here in the large open-air market. Lauren tracked down a pair of Alpaca gloves, a Alpaca hat, and a kick-ass pair of ninja slippers. All for $7 USD. Crazy.

We camped for the night nearby and checked out some of the beautiful mountains surrounding Otavalo.

Cruising down the PanAm I knew we were supposed to eventually cross the equator (Protip: the word ECUADOR is spanish for EQUATOR) but I did not know exactly when. We ended up driving right by the damn thing without realizing it. Luckily we doubled-back trying to find a campsite and saw the GIGANTIC YELLOW TOWER LABELED EQUATOR. Not sure how we missed it the first time….

The lines in the concrete line up with the shadow of the tower to create a giant sundial.

It has always been a dream of mine to drink a beer on the equator. Well not really, but we had some in the truck so what the hell. Equator beers!

We ended up making friends with the tour-guy there who gave us a cool lesson on the equator itself and explained the many ancient monuments that surround the area. Pre-Columbian ancient civilizations have been using this particular area to accurately tell time, forecast future seasons/weather, and observe the cosmos for thousands of years. None of that water drains backwards, balance an egg, hoaky fake equator B.S. here. Sorry to disappoint guys.

Our new Equator/Ecuador friend said he was getting off in 30 minutes and asked if we would like to camp on his fathers farm just up the street for free? Why yes we would! We spent a wonderful night hanging out with our new friend, his father, and some amazing stars. The father even hooked up the water in his cabin for us if we were interested in taking freezing cold showers. We passed but appreciated the gesture! This was the first of many encounters with Ecuadorian locals, we found them all to be friendly and accommodating.

Next morning we hit the road south to Quito. The capital of Ecuador. Quito is a fairly large city, crazy traffic, and tons of 1-way streets. We eventually navigated our way to the Historic district of the city. Quito is home to one of the largest, best preserved, historic centers in the Americas. It is crammed with beautiful Spanish architecture, churches, and monuments.

I just noticed the little kid re-enacting the monument in this photo.

We explored Quito for a few days, while planning our next move. We hung mainly in the historic district. We found it to have a nice balance of local/foreign tourists all out enjoying the beautiful city. We also discovered the INSANELY cheap set menus. $1.50 will get you a delicious 3-course meal with juice. It is cheaper here to eat out than cook at home. 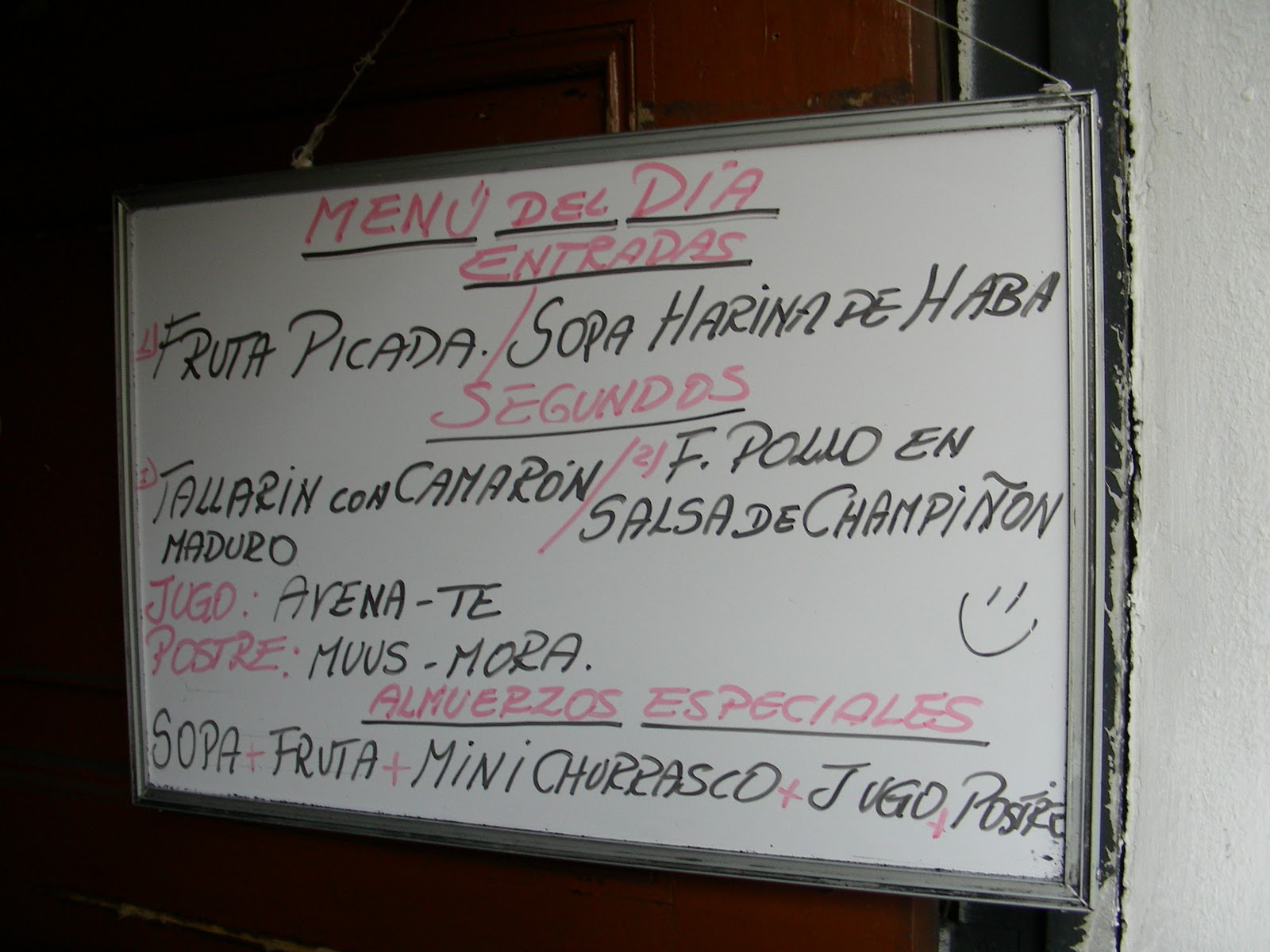 Both Lauren and myself have always wanted to see the Amazon jungle. It turns out Ecuador is the perfect place to do exactly that. With a little research, we found a cheap lodge way off in the jungle.

We packed up our stuff and left the big city.