From Tikal we hit the road to San Pedro where we planned to take some spanish classes. Our friend Zach had given us some info on the highways down there. There appeared to be two roads that took you from Peten down deeper into Guatemala. One was supposedly a much more rough and tumble route while the other was a decently paved road. Zach in the AstroVan opted for the easy route. We of course choose the rough and tumble path.

Our road actually turned out to be pretty decently paved (We heard from Zach that he accidently chose the road of death and sent us on the good road, HAHA!). We drove through lots of little lakeside villages and saw some beautiful Guatemalan countryside. 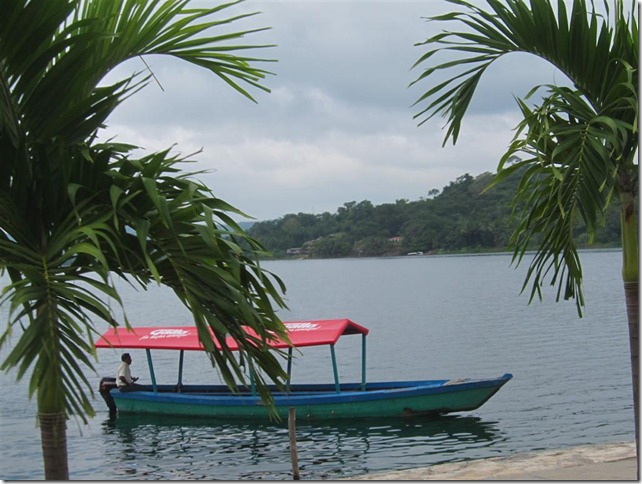 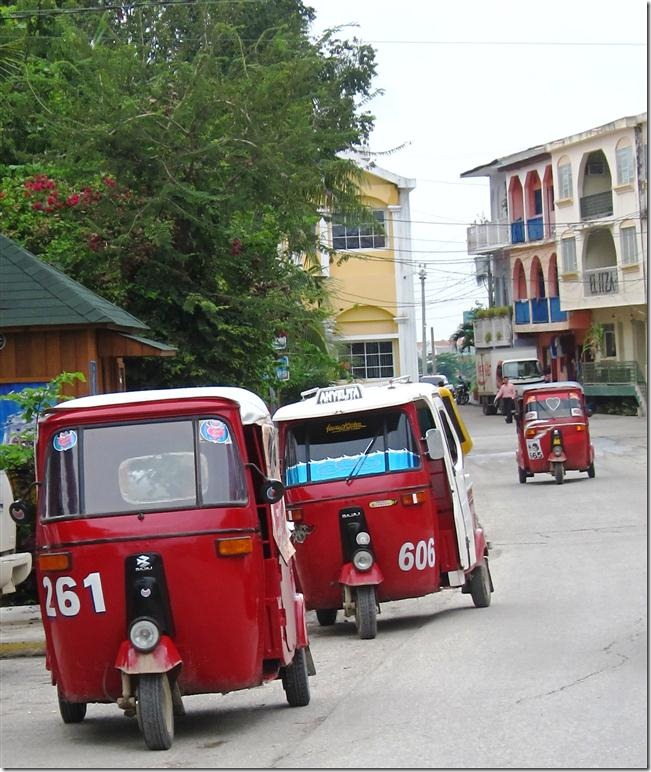 Eventually we arrived at a small town by the name of Sayaxche. Here the road dead-ended into a deep river. We queued up for the ferry crossing with a few other sleepy travelers. 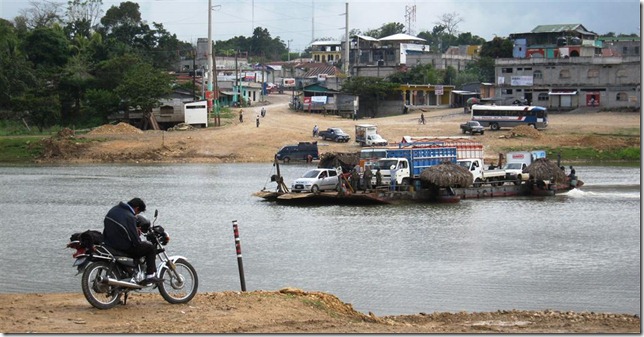 The ferry (which our friend Karina’s dad later informed us is installed/ran by the Guatemalan oil company) is an odd design. It has 2 outboard boat motors both on the same side of the boat. They work in  perfect harmony to fight the rivers current and bring the ferry to its proper mooring point on the opposite bank of the river. 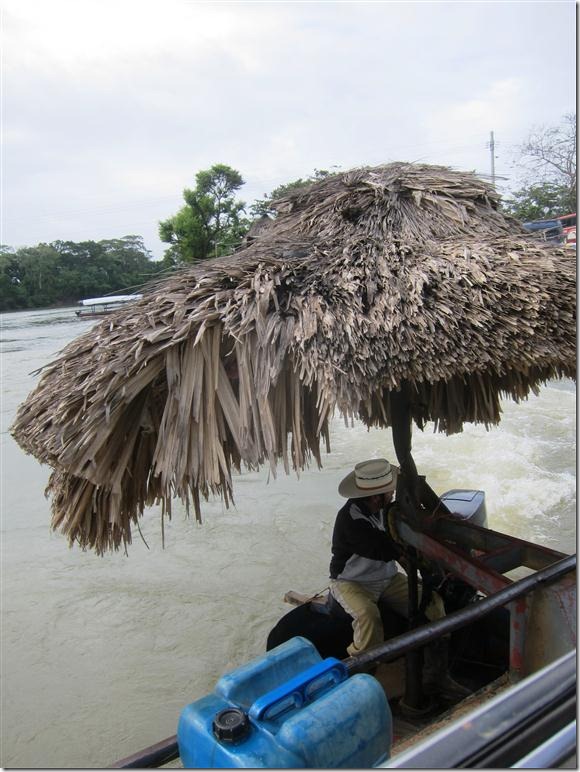 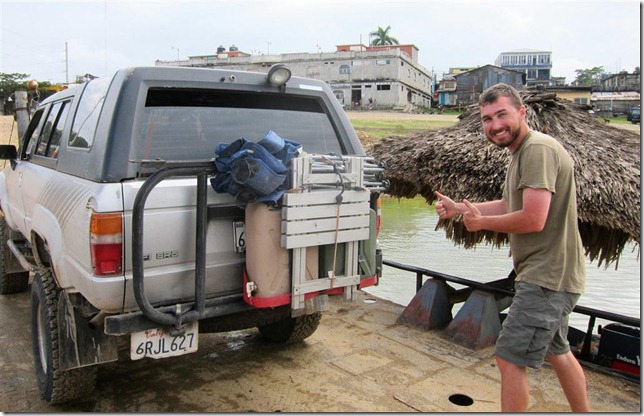 We got a cursory check by the military while on the ferry. I think they just wanted to check out the truck. Eventually arriving safely to the other side. We pushed through the town and wound through towns of small highway-side villages.

Coming up over the top of a blind hill at 60MPH to find dogs, people, babies, fruit stands… It’s a good test of the brakes. 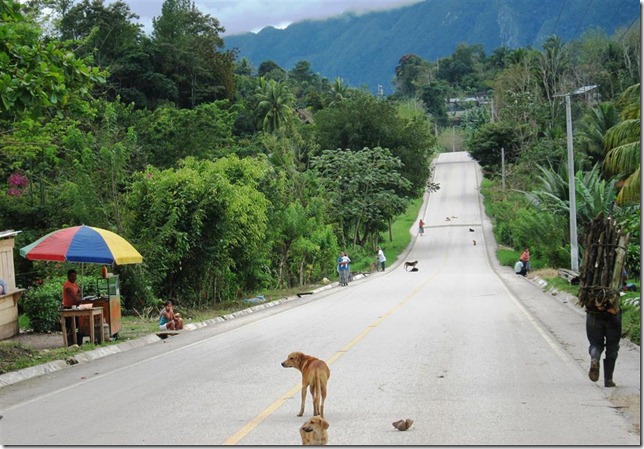 The road was long and winding through the mountains. We were planning to stop in Coban, Guatemala for the night. Unfortunately the drive took much longer than we had planned. We were stuck driving at night through crazy mountain roads, in the rain, in the fog, with crappy headlights, and millions of people milling about on the sides of the road. Not a good situation. We made it to Coban and found the first motel we could.

We warmed up from the cold rain in the sketchy hot water shower. If you are sleepy in the morning just give the shower-head a tap. I guarantee a 110V shock will snap you out of your stupor! 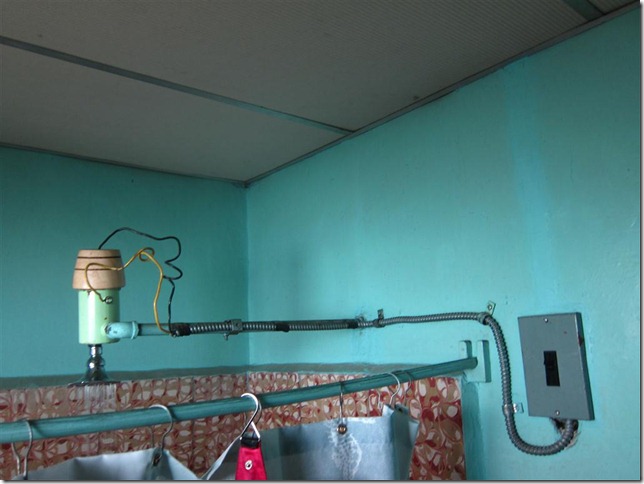 The asphalt quickly gave way to dirt road as we found ourselves climbing higher and higher into the mountains. 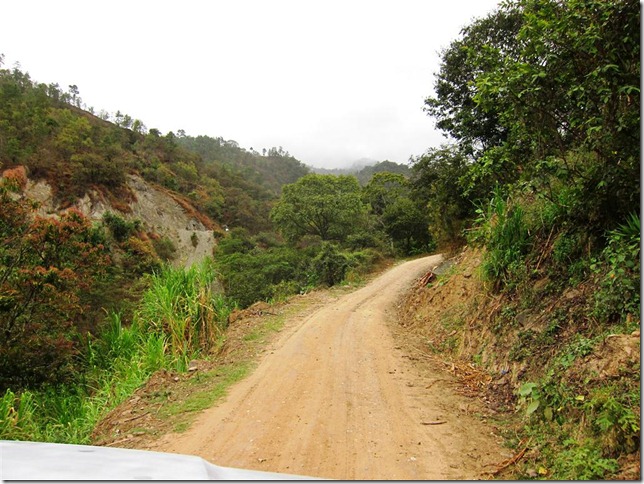 We passed this statue of a Quetzal bird midway up the mountain. The Quetzal is the official bird of Guatemala and also the name of their currency. It is an extremely rare and prized bird. It has magnificent long green/blue tail feathers. It is very rare and seldom seen in Guatemala. It lives in the cloud forests high in the mountains. Which just so happened to be where we were unexpectedly headed… 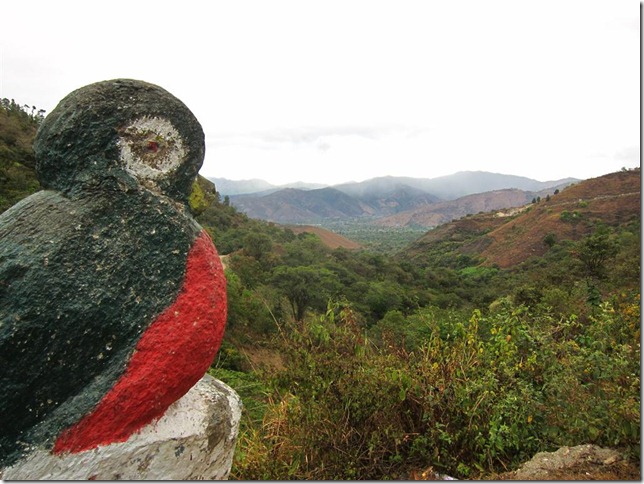 We pushed further and further up the dirt road. The clouds and fog grew thicker and thicker. Eventually we were driving through an actual cloud forest. Pretty amazing weather compared to the 85F and humid temps we experienced the same day at lower elevations. 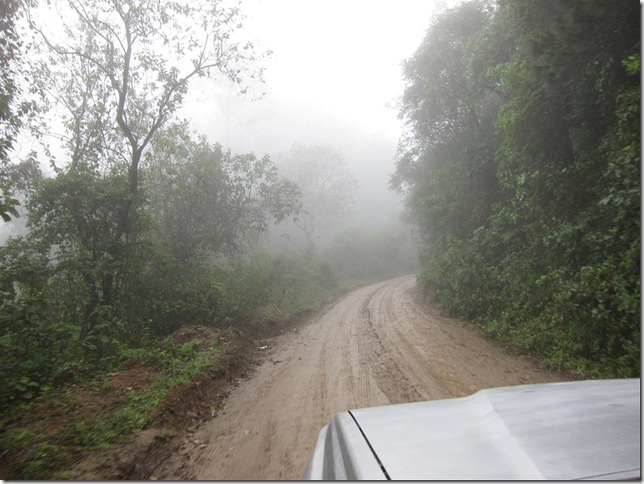 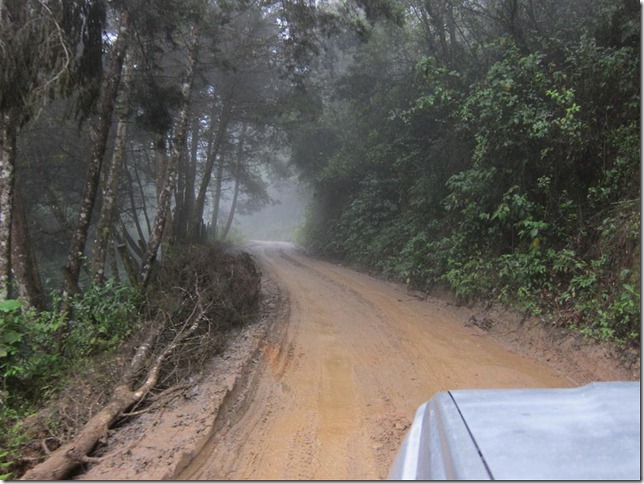 So we are driving through this forest… all of the sudden I see a green/blue bird fly across the road in front of us with a long forked-looking tail. I yell, “QUETZAL!” but it was too late. Lauren missed it. Apparently seeing a quetzal is akin to seeing the LochNess monster. I’ve told this story countless time to other travelers and Guatemalans who have humored me but I could tell secretly thought I was full of crap. But I saw it dammit!

View from the top of the pass down towards the village below.

Crazy ass Chicken Bus tearing it up 50+MPH on mountain roads, Even crazier passengers holding on for dear life. 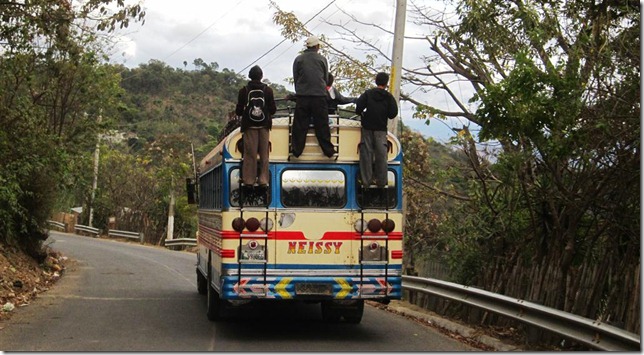 We eventually catch back up with the headway on cruise down a horribly rutted road to Lago Atitlan.

Our first glimpse of the lake. 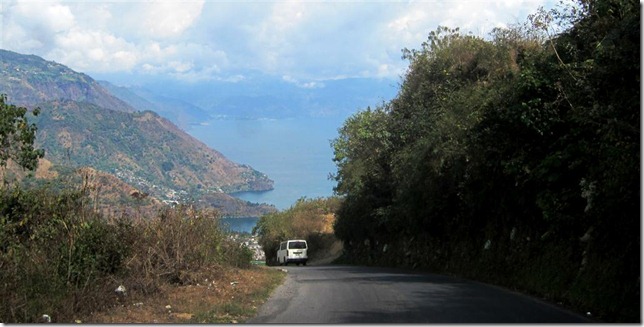 San Pedro Laguna, Our home for the next month! 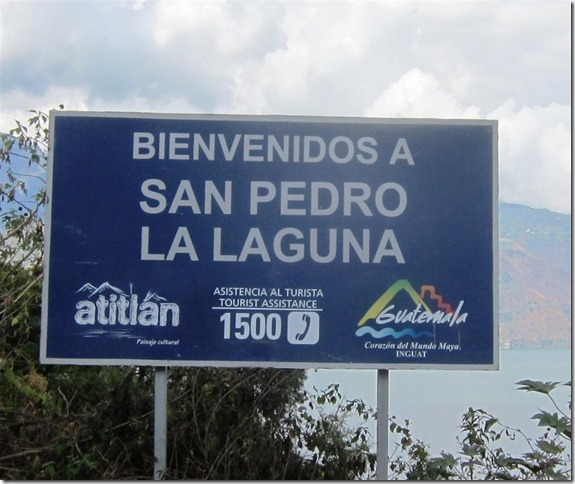 We hit the cobble-stone confusing 1-way streets of San Pedro La Laguna. One wrong turn after another we eventually give up on our original Spanish school choice and pick the one we have passed on the street 10 times in a row. It turns out to be a great choice. 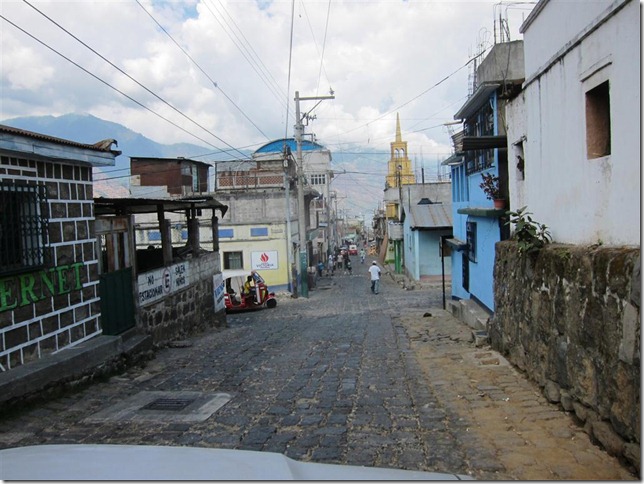